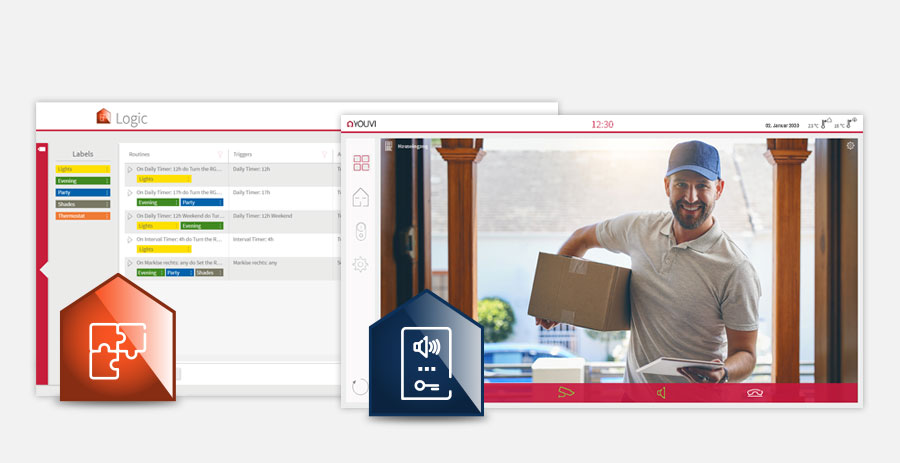 PEAKnx presents two new modules for its YOUVI visualization software: the logic and the door station module. The modules will have their premiere at the Light + Building in Frankfurt (8 - 13 March 2020, Stand D80, Hall 9.0). In combination with a KNX control panel - such as the slim PEAKnx Controlmicro, which will also be presented at the fair - numerous new possibilities for building automation are opened up. All common control tasks are covered by the YOUVI software package Basic, consisting of IP router, bus monitor and visualization. With the modular principle, additional functions are only purchased if the user actually needs them.

Create logics: What if?

The new logic module provides another component to the automated building. YOUVI reacts to defined events and makes intelligent home control possible. It relieves smart home users of many tasks: For example, the sprinkler system in the garden can automatically water the lawn on hot days. Users can also choose to automatically lower the shutters at sunset and raise them again at sunrise. These scenarios make it possible to save not only time but also energy in the household. Simulated presence in the house can additionally provide increased security against burglary. In addition to automatic actions that are performed on predefined events, users can have push messages sent to their smartphone or panel to be informed about certain events.

The setup of the module is possible either via a touch panel or via laptop. YOUVI presents the logics in a tabular overview. If a large number of logics are stored, they can be marked with labels for easier retrieval. They also react to self-defined states: For example, YOUVI executes the scene "cosy evening" on weekdays. On special events such as a birthday party on a Thursday, the user can switch to "party mode" and the usual scene “cosy evening" will not executed.

Easy opening of the door

Door stations can now be integrated directly into YOUVI thanks to the new module. When the doorbell rings, the Smart Home user can see on the touch panel who is standing in front of the door, talk to the person and open the door as required. The new door station module is compatible with all SIP-capable door stations. The module has already been successfully tested with Agfeo, Doorbird and Wantec. Good to know: In combination with the logic module, door stations with integrated displays can be controlled smartly. For example, users can display messages for visitors at certain times or, in the case of public buildings also opening hours. 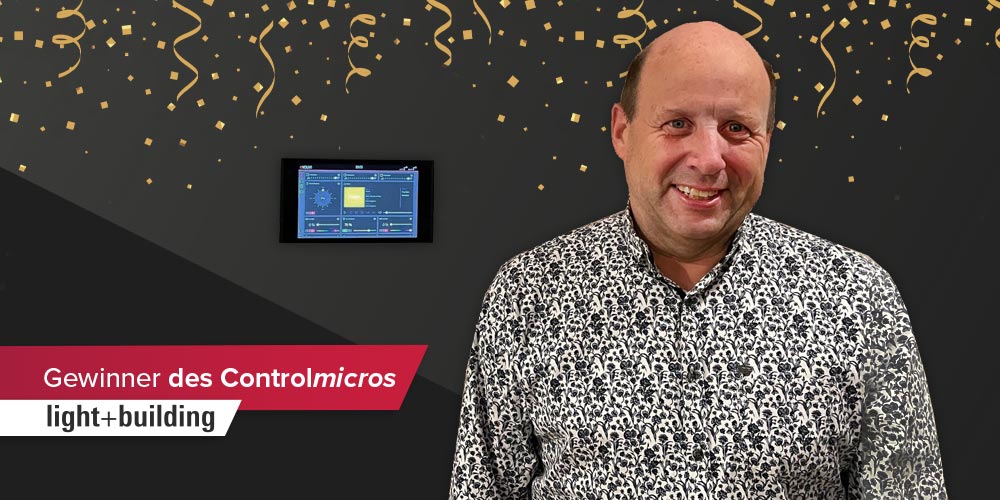