The mobile PEAKnx USB-Connector with its including software package enables fast and simple communication with the KNX bus from constantly changing locations. With the help of the USB-Connector, all KNX actuators can be parameterized via the ETS. In addition, the integrated IP router software allows access to the KNX bus with several programs. Via the supplied bus monitor, sources of error on the KNX bus can be identified more quickly.

Attention! An adapter is required for the connection to the KNX network. The adapter is not part of the scope of delivery and must be ordered separately. 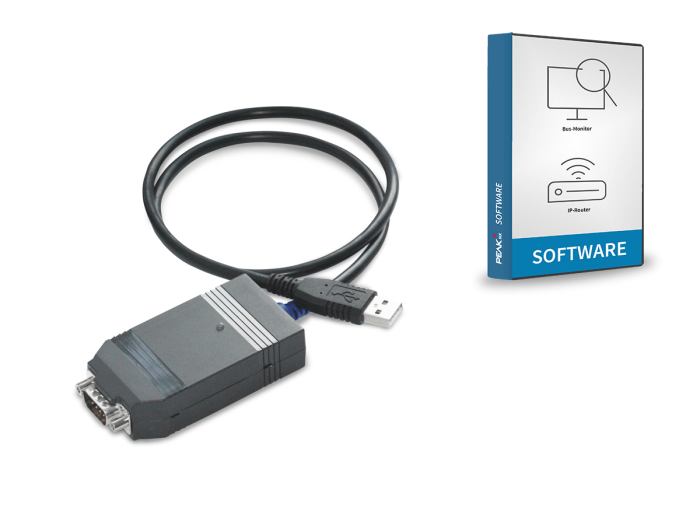 The USB-Connector allows to connect a Windows PC to a KNX network in a few simple steps with full bus communication capability. It can be used with ETS5 and higher and is compatible with Windows 7, 8, 8.1 and 10. The included KNXnet/IP router software enables access to the KNX bus with several programs at the same time. In addition to the normal KNX compatibility, the USB-Connector has a KNX independent Windows driver. This makes the firmware of the KNX USB interface updateable via a PC and suitable for future standards.