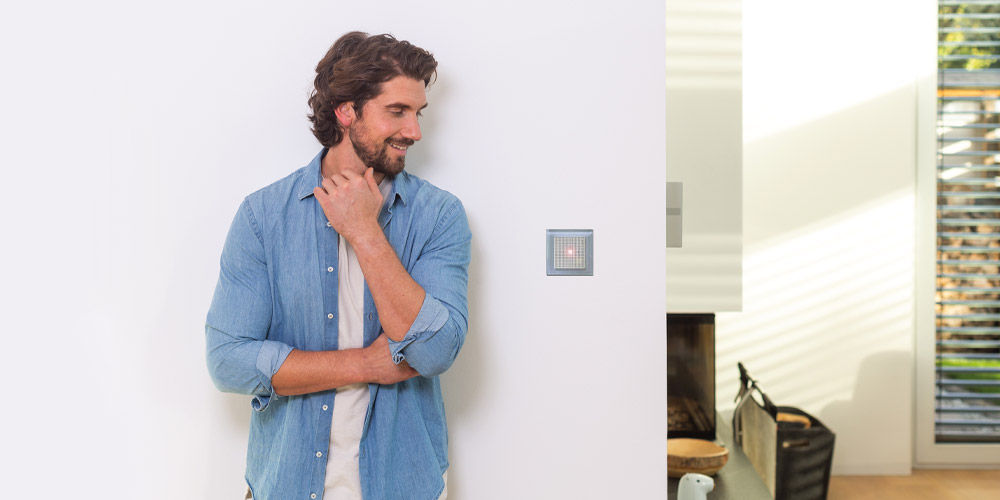 PEAKnx, manufacturer of innovative solutions for future-proof home and building automation from Darmstadt (www.peaknx.com) has entered into a cooperation with ProKNX SAS (www.proknx.com), a company based in Valbonne, southern France, prior to the upcoming Light + Building trade fair in Frankfurt. Thanks to the partnership, Smart Home residents can now control their building via offline voice command.

The Light + Building trade fair will take place in Frankfurt/Main, Germany, from 2-6 October 2022. In line with its motto "We bring the future to the home", PEAKnx will be presenting its building automation hardware and software at Stand B 70 in Hall 9.0. The latest product generations and, for the first time, the interaction of the YOUVI building control system from PEAKnx and the Aragon voice control system from ProKNX can be tested live on site.

The YOUVI visualisation software from PEAKnx displays the most common building control functions and now also integrates offline voice control via Aragon from ProKNX. The French company, which also operates in the field of building automation, offers a device solution for KNX-controlled smart homes without cloud connection with its voice control system.

When set up, the Snips voice assistant functions completely independently without internet access, and by voice command, house residents have the option of adjusting lighting conditions in the interior or raising and lowering roller shutters, for example. The vocabulary is unlimited thanks to "Natural Language Understanding" (NLU) and, like YOUVI, Aragon is also available in German, English and French. The control and overview of the building parameters also work directly via the PEAKnx touch panels without a voice command. In addition to visualisation, YOUVI can also be used to define logics and routines to automate common processes, such as switching on the lawn sprinkler when the soil moisture is too low or regulating the heating. Aragon builds up a direct connection to YOUVI during operation, which means that no separate access data is required, nor does the data flow need an external cloud or an internet connection. The data and commands used via Aragon are only processed locally and do not leave the building. Recording of spoken commands does not take place either. Thus, in keeping with the ProKNX motto "What's said at home, stays at home", the residents’ privacy is maintained at all times.

The AI-based offline voice control device Aragon PoE can be integrated inconspicuously into a 55 x 55 mm switch box in the smart building due to its device size. Installation can be flush or flush-mounted without any problems. Alternatively, Aragon is also available as a tabletop unit, which only requires a power connection and WLAN to function. Each basic module works like its own small server and can be extended by "satellite" modules for further rooms.
Commissioning the unit is quick and easy in just a few steps: After one-time configuration for the voice commands, each speaker module of the voice control is assigned to the respective room. With the subsequent connection to the visualisation software YOUVI integrated in the PEAKnx touch panels, the voice control is already fully set up and directly ready for use.